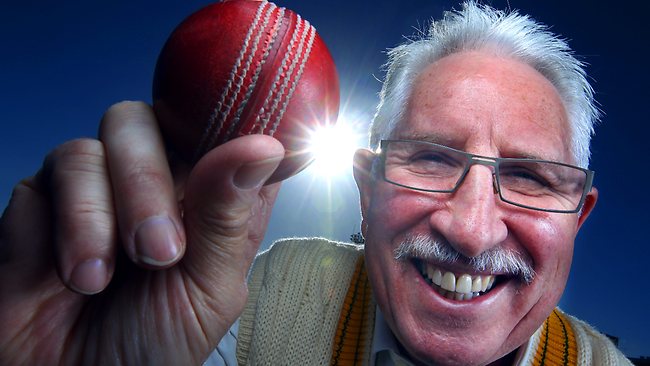 Max Walker was larger than life. And his death proved it.

Tributes far and wide for the universally-loved Australian cricketer, who has died aged 68, carried a common theme.

Everybody’s mate, who will be sadly missed.

But as good as he was in all those fields, he was an even better bloke, say those that knew him best.

“Larger than life on and off the field,” said Nine Network chief executive officer Hugh Marks.

“A huge character with that laconic, laid-back approach to sport and life. Just a big, cuddly colourful bloke whom everyone really liked – his opponents just as much as the rest of us.”

The man known as Tangles because of his unconventional bowling action won Test matches, and friends wherever he went.

“He was a great character, with a big smile and positive approach to life,” Cricket Australia chief executive James Sutherland said.

Ex-Test batsman Dean Jones posted: “So sad to hear of the passing of Max Walker. What a great cricketer, author and story teller. Ripper bloke whose smile lit up a room! #263”

Walker played 38 Tests and 17 one-day internationals for Australia between 1972 and 1977, and also reached the top-level of Australian Rules football, playing 85 senior VFL games for Melbourne.

The Tasmanian-born athlete became a renowned author – 14 books, half of which were number one best-sellers – after his sporting career and was also a popular commentator for the Nine Network.

Walker was appointed a Member of the Order of Australia in 2011 for his services to cricket as a player and commentator, and also to social organisations.

Walker believed he got the gong because he always said yes – yes to bowling into the wind for Australia; yes to holding down an Australian Rules defensive post for Melbourne; yes to numerous community organisations who asked for help.

“Maybe the recognition is a result of saying yes more times than no, which in itself is a nice place to be,” Walker told AAP at the time.

Walker’s exalted status led to charity work with a plethora of organisations, many revolving around social and youth work – he was always happy to help.

“You have an ability to open a door, make a phone call, create an idea or sow a seed for something to happen perhaps quicker than if you went through the normal gatekeepers and channels to help,” he said.