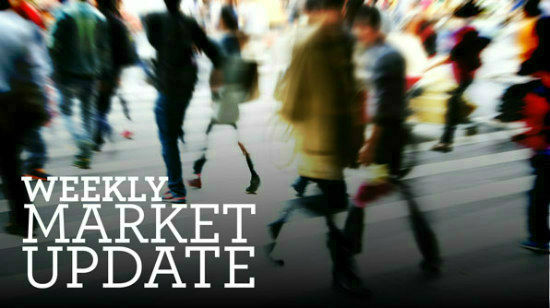 Shares were mixed over the last week. A bit of profit taking after the strong gains seen in July, Japan’s disappointing stimulus plans and continuing worries about eurozone banks saw Japanese shares fall 1.9%, Australian shares fall 1.2% and Eurozone shares fall 0.4%. But a strong US payroll report on Friday pushed the US share market up 0.4% for the week to a new record high and UK shares rose 1% helped by aggressive monetary easing from the Bank of England. Chinese shares were flat for the week. Commodity prices were mixed with oil up slightly after bouncing off technical support after a 23% fall since their June high, but metal prices fell. While the US$ rose, mainly after the strong jobs report, the A$ was little changed. Bond yields rose sharply in the US and Japan but were little changed in Australia.

While shares could go through a consolidation through the seasonally tough August-October period with various risks remaining, the broad trend is likely to remain up helped by indications that global growth is not collapsing (while upside data surprises in the US are starting to roll over they are moving up in Europe, Australia and emerging countries), the worst is likely over for profits and economic policy is likely to remain easy (or easier) for longer. In terms of the latter there have been another three easing moves over the last week with Japan disappointing but the UK doing more than expected and the RBA easing and dovish.

After the previous week’s underwhelming monetary easing, Japan has followed up with an underwhelming fiscal stimulus. Actual fiscal stimulus this fiscal year will only amount to ¥4.5 trillion – or 0.9% of GDP – a fraction of what had been alluded to over the last few weeks. It is little improvement on last year’s 0.7% of GDP stimulus. Having not seen the “helicopter money drop” that some thought was about to be delivered, sentiment on Japan has turned very negative again and the yen is at risk of resuming its upswing. On the one hand it’s hard to keep making excuses and hanging out for something decisive out of Japan. On the other it’s hard to believe that Prime Minister Abe and Bank of Japan Governor Kuroda have given up and are joining the ranks of past indecisive Japanese policy makers of the last twenty five years. Time will tell, but it does seem clear that the sharp back up in Japanese 10 year bond yields seen over the last two weeks (from -0.3% to -0.1%!) won’t go too far unless Japanese inflation starts turning back up and that seems unlikely in the short term.

In contrast to Japan, the Bank of England overwhelmed with a rate cut, more quantitative easing focussed on government and corporate bonds, a 4 year cheap funding scheme for the banks and signals that more is likely to follow. And more is likely given the short term confidence hit to the UK economy. But I suspect that this easing and more significantly the boost to trade from the 15% or so slump in the British pound from its average 2010-14 level should help minimise the damage. Fortunately the UK has a decisive central bank able to help patch it up after it shot itself in the foot in June!

The RBA eased and remains dovish, with another easing likely in November. Economic growth is not the major problem. Rather, the Reserve Bank of Australia (RBA) move was all about making sure that sub-target inflation does not become entrenched and (while it won’t directly say it) trying to offset upwards pressure on the A$ in the face of ongoing US Federal Reserve (Fed) rate hike delays. While the RBA’s August Statement on Monetary Policy saw no significant changes to the RBA’s forecasts for roughly 3% GDP growth and 1.5-2.5% inflation over the next two years, the tone of the Statement is actually quite dovish with the RBA saying that “inflation is likely to remain below 2% over most of the forecast period”, that “there is room for even stronger growth”, that the risks around household debt and “rapid gains in housing prices” have diminished and that “forward looking indicators of the labour market have been mixed”. These comments and in particular that the RBA does not see inflation coming decisively back into the centre of its target range of 2-3% suggests to us that it retains an easing bias. If September quarter inflation rate remains very low as we expect and the Fed remains in ultra-gradual mode regarding rate hikes as we also expect then the RBA will cut again in November.

US data was good with the ISM manufacturing conditions index adding to evidence that the slump in US manufacturing is over, services sector PMIs remaining consistent with good growth, auto sales rising strongly, personal spending also up solidly and employment reports remaining strong. The July jobs report was particularly good with payrolls up by a more than expected 255,000 coming on the back of a 292,000 gain in June. While unemployment remained at 4.9% this was because participation rose. Wages growth remains relatively subdued at 2.6% yoy but is still tracing out a gradual uptrend. Since the GFC unemployment has fallen from around 10% to the current 4.9%; meanwhile unemployment plus underemployment has fallen from around 18% to 9.7%, highlighting the massive improvement in the US economy. The strong July jobs report means the September Fed meeting is “live” for a hike but given the Fed’s risk management approach and low inflation giving it plenty of flexibility, it is more likely to wait to December.

Evidence continues to build that US profits are turning up. 433 S&P 500 companies have reported June quarter earnings with 78% beating on earnings and 56% beating on sales, both of which are above normal levels. More importantly while earnings are down 3% yoy they have come in around 2% better than expected and are up about 8% on the March quarter low.

China saw some good news with manufacturing and services conditions PMIs moving slightly higher on average in July, pointing to an ongoing stabilisation in growth.

Reform back on track in India. In a very positive move, India’s Upper House passed a Goods and Services Tax (GST) Constitutional amendment bill. There is a long way to go before the GST kicks in but when it does it will be a huge leap forward for India replacing a myriad of silly taxes. Productivity gains from a simpler and more efficient tax system are likely to be significant. This is a positive sign for further reforms in India. Meanwhile, the Government has formally locked into an inflation target of 4% with a 2% range for the Reserve Bank of India locking the once inflation prone country into international best practice regarding inflation targeting.

Australian data over the last week presented a mixed picture. On the one hand the trade deficit worsened in June, retail sales continue to lose momentum and building approvals are trending down. However on the other, net exports look like they will be a neutral contributor to GDP growth in the June quarter which is pretty good after a huge contribution in the March quarter, the level of building approvals is still high, the pipeline of dwellings to be completed is huge, new home sales remain strong, non-residential approvals appear to be improving and business conditions PMIs for both the manufacturing and services sectors are well above those seen in major developed countries. All of which suggests that growth continues. Meanwhile the Melbourne Institute’s Inflation Gauge indicates that inflation remained weak in July and CoreLogic data indicated a continued softening in national home price growth.

In the US the focus is likely to be on July retail sales (Friday) which are likely to show continued reasonable growth. Data will also be released on small business confidence, productivity, job openings and producer prices.

In China, July data is expected to show a slight improvement in exports and imports (Monday), a further fading in producer price deflation but a fall in consumer price inflation to 1.7% year on year (Tuesday) mainly due to slower food prices, a fall back in money supply and credit growth after a surge in June, steady growth in retail sales (of around 10.6% yoy) and industrial production (around 6.2% yoy) but a further slowing in fixed asset investment (all due Friday).

In Australia, expect the NAB business survey (Tuesday) to show business conditions and confidence holding up reasonably well and consumer confidence (Wednesday) to bounce back a bit helped by the latest RBA rate cut and a settling of political uncertainty in Canberra. Housing finance data for June (Wednesday) is expected to bounce back as the May rate cut feeds through. A speech by RBA Governor Glen Stevens on Wednesday will be watched for any clues on interest rates.

The Australian June half profit reporting season will also start to ramp up with 23 major companies reporting including News Corp, CBA, Fairfax and Telstra. After the downgrades since the last reporting season back in February the hurdle to avoid disappointment is now relatively low. Consensus expectations for 2015-16 earnings are for an 8% decline in profits driven by a 50% fall in resources earnings and a 2% fall in bank profits leaving profits in the rest of the market up just 1%. Key themes are likely to be: improved conditions for resources companies following a stabilisation in the iron ore and oil price; constrained revenue growth for industrials although improved business conditions according the NAB business survey may help; ongoing cost cutting; continuing headwinds for the banks; and an ongoing focus on dividends. Sectors likely to see good profit growth are discretionary retail, industrials, gaming and healthcare. Expect disappointers to be punished severely with sharp share price falls.

As foreshadowed last month, the Reserve Bank of New Zealand is expected to cut its cash rate again on Thursday reflecting too low inflation and a too high NZ$.

Seasonal September quarter weakness along with risks around Italian banks, the Fed and global growth generally could still see more volatility in shares in the short term. However, beyond near term uncertainties, we anticipate shares to trend higher over the next 12 months helped by okay valuations, very easy global monetary conditions and continuing moderate global economic growth.

Ultra-low bond yields point to a soft medium term return potential from them, but it’s hard to get too bearish in a world of fragile growth, spare capacity, low inflation and ongoing shocks. That said, the recent bond rally has taken yields to pathetic levels leaving them at risk of a snapback.

Commercial property and infrastructure are likely to continue benefitting from the ongoing search for yield by investors.

Dwelling price gains are expected to slow to around 3% over the year ahead, as the heat comes out of Sydney and Melbourne thanks to tougher lending standards and as apartment prices get hit by oversupply in some areas.

With the Fed continuing to delay rate hikes and the A$ pushing up to around $US0.76, there remains a real risk that it will re-test April’s high of $US0.78 and maybe push on to $US0.80. Beyond the short term we see the longer term downtrend in the A$ continuing as the interest rate differential in favour of Australia narrows as the RBA continues cutting and the Fed eventually resumes hiking, the risk of a sovereign ratings downgrade continues to increase, commodity prices remain in a secular downswing and the $A sees its usual undershoot of fair value. The A$ is still likely to fall to around $US0.60 in the years ahead.