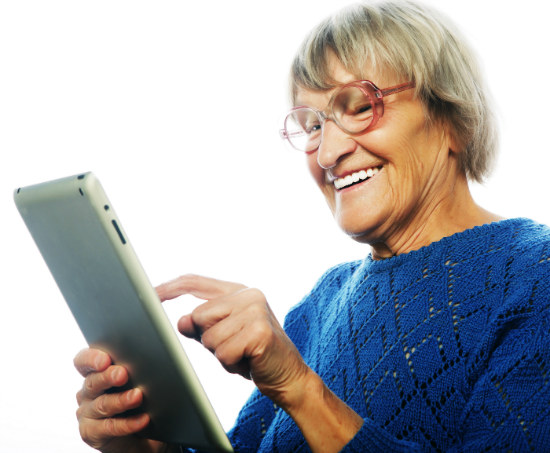 A 100-year-old Coffs Harbour woman who has taken part in almost every Australian census is going to have a crack at doing it online.

Kathleen Naylor, who is celebrating her 100th birthday on the eve of the 2016 census, has seen a lot of change in her time, but is taking it all in her stride.

Census collectors have also long retired the horse and cart to gather information.

Two-thirds of Australians are expected to complete the 2016 census on smartphones, tablets and computers, which will make it the largest online event in Australian history.

Ms Naylor, who her sister describes as active and always on the go, hopes to join the cohort of Aussies filling out the national survey online with a little help from her family.

The centenarian has never been fazed by technology and was one of the first to go through TAFE to learn about computers in the 1970s.

Her younger sister, Barbara Higgins, 82, is also keen to give it a go online as her eldest son is tech-savvy.

“I’m not whiz-bang with computers, but I can send emails and google,” Mrs Higgins told AAP.

Head of the 2016 census Duncan Young said 220,000 households across the country have already submitted forms online.

“So far people have taken an average time of under 27 minutes to complete the census online, compared to 35 minutes in the 2011 census,” Mr Young said.

The digital census is expected to save over $100 million in taxpayer funds.

It hasn’t all been smooth sailing in the switch to online, with half a million Aussies requesting paper copies of the survey and flooding helplines.

Census has increased the number of phone operators and there have been no capacity issues for general phone inquiries in the past three days.

While Australians are encouraged to stop and take a moment on Tuesday night to complete the compulsory survey, it is possible to complete it afterwards.

Changes to the census to include respondents’ names and addresses have also sparked concerns with privacy groups and prompted high-profile senator Nick Xenophon to promise to boycott the event.

On Monday Census Australia promoted #MyCensus on Twitter, which was bombarded with tweets critical of the handling of the changes.